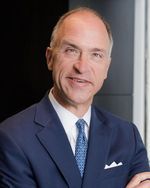 Gif Thornton became Managing Partner of the firm in March of 2015. He serves as legislative counsel to a number of businesses, trade associations and governmental entities with interests before Tennessee state government. In addition, he represents clients before regulatory boards and administrative agencies of local, state and federal government. He has extensive experience in the areas of education, energy, health care, insurance, technology, transportation and utilities. His other significant contributions include: Named as the highest ranked lawyer/lobbyist on the Power 100 list of influential people in Tennessee, compiled annually by Business TN®. Named as Best Lawyers® "Lawyer of the Year" in 2014 for Government Relations Lawyers. Gif is a former member of the Davidson County Election Commission and has served as counsel to a number of statewide Republican campaigns. He was appointed by Nashville Mayor Karl Dean to the Board of the Metropolitan Development Housing Agency, as well as the Board of the Tennessee Business Roundtable. He is a Fellow of the Tennessee and Nashville Bar Foundations. He is former Board President of the Legal Aid Society of Middle Tennessee. He has served on the Board of Trust of Vanderbilt University and is currently on the board of the Hermitage, the home of Andrew Jackson, and Covenant Theological Seminary in St. Louis, MO. He is an elder at Christ Presbyterian Church in Nashville. Gif counts his professional mentor and partner Bill Bruce among the people he most admires for setting the standard for excellence in client service through hard work, a keen mind and unquestioned personal character. Gif and his wife Anna have four children. When not at work or at home, Gif enjoys running and has completed a number of marathons, including those in Boston, New York, Chicago and Washington DC. Prior to law school, Gif worked in the Foreign Service as Special Assistant to the Ambassador at the American Embassy in Paris, France.