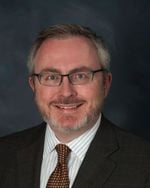 Brian Jackson has served as national counsel and national science counsel in the defense of mass torts on behalf of several drug and medical device companies. He is currently Co-Lead Counsel for Ethicon and Johnson & Johnson in In re: Ethicon Physiomesh Flexible Composite Hernia Mesh Products Liability Litigation, pending in the Northern District of Georgia. He has had substantial roles in several other MDLs, including In re Tylenol (Acetaminophen) Marketing, Sales Practices and Products Liability Litigation (E.D. Pa.), In re Pradaxa (Dabigatran Etexilite) Products Liability Litigation (S.D. Ill.) and In re Phenylpropanolamine (PPA) Products Liability Litigation (D. Wash). He has recently served as trial counsel in pharmaceutical products liability cases, including the first bellwether trial in the New Jersey Tylenol litigation, which resulted in a defense verdict in September 2015 (Atlantic County, N.J.), and two trials in the Central District of California (Los Angeles). In addition to his products liability and mass tort practice, he represents health care entities in Certificate of Need litigation. In January 2017, he successfully represented Vanderbilt University Medical Center in a trial concerning plans by HCA to build a medical facility in Brentwood, Tennessee. Mr. Jackson received a B.A., cum laude, from Sewanee: The University of the South in 1989 and received his J.D. from Vanderbilt University in 1992. He is licensed to practice in Tennessee and has been admitted pro hac vice in many jurisdictions, including New Jersey, California, Louisiana, Missouri, and Illinois. .