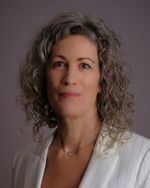 ​Jennifer Morton was licensed to practice law in the State of Tennessee in 1992.  She graduated, cum laude, from the University of Tennessee, College of Law.  From the beginning of her legal career, Jen has always focused her practice on civil rights and employment law, primarily representing employees.  She has maintained an active litigation practice representing her clients in state and federal court jury trials, at mediation, and before administrative tribunals.  She was admitted to practice in the Federal District Court, Eastern District of Tennessee in 1992, the U.S. Court of Appeals for the Sixth Circuit in 1993, and the United States Supreme Court in 1998.

In addition to working for nearly three decades as a litigator in state, federal, and appellate courts, she serves the City of Knoxville as a Beer Board Hearing Officer, she previously taught “Pretrial Litigation” as an Adjunct Professor at the University of Tennessee, College of Law, and has presented seminar lectures on employment law and mediation.  Early in her career she received an award from the Knoxville Legal Aid Society for accepting the most pro bono cases, and she remains dedicated to making justice accessible to people in need.  In law school, she was a member of the Law Review and published an article in the Tennessee Law Review about pregnancy discrimination in employment, which sparked her interest in civil rights and employment law.

When not working, Jen enjoys spending time doing all things active in the great outdoors.