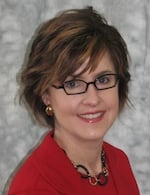 Ann Jarvis Pruitt is a creative problem solver known for developing innovative solutions in the corporate and non-profit arenas. After six years at Baker Donelson in the firm’s litigation section, Pruitt joined Dell Inc. where she served in the Legal Department as Executive Director supporting Worldwide Operations and later Global Ethics Investigations. Thirteen years later, she shifted her focus to the non-profit sector and became Executive Director of Tennessee Alliance for Legal Services (TALS), a statewide non-profit focused on access to justice. Pruitt retired from TALS in 2022.

Pruitt earned her law degree from the University of Tennessee College of Law in 1993. She became interested in poverty law issues through participation in the UT legal clinic and received the Charles A. Miller Award for clinical achievement. An active member of the bar, Pruitt was the founding co-chair of the Tennessee Bar Association’s Corporate Counsel Section and is currently chair of the Tennessee Bar Association Access to Justice Committee. In 2013, the Tennessee Supreme Court appointed her to its Access to Justice Commission where she co-chaired the Public Awareness Committee through 2018 and served as Vice Chair in 2019. Pruitt describes her work in access to justice as the intersection of her passion and expertise. She is an alumna of Leadership Nashville and Leadership Tennessee.