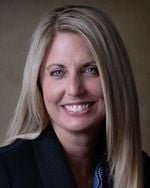 Cindy serves as a United States Magistrate Judge in the Eastern District of Tennessee, at Greeneville. She was formerly a shareholder with the law firm of Ogle, Wyrick & Associates, P.C. in Sevierville, Tennessee, and served as City Attorney for Pigeon Forge. Cindy is also a Past President of the Tennessee Bar Association. Cindy obtained her undergraduate and law degrees from the University of Tennessee, graduating from the College of Law in 1994. She began her legal career as a judicial clerk for the Honorable Houston M. Goddard of the Tennessee Court of Appeals, and then for the Honorable Gary R. Wade, who was then a judge on the Tennessee Court of Criminal Appeals and ultimately served as Chief Justice of the Tennessee Supreme Court.