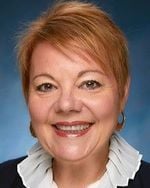 Ms. Littrell is a member of the Advisory Council for the University of Memphis Women in Leadership and Philanthropy. She has served as Chair of the Magistrate Judge Retention Committee and member of the Magistrate Judge Selection Committee for the United States District Court for the Western District of Tennessee. Ms. Littrell has also served in leadership positions in the Federal Bar Association (past president of the Memphis/Mid-South Chapter) and the American Inn of Court (past member of the Executive Committee of the Leo Bearman, Jr. Chapter). She was a member of the Executive Planning Committee and Chair of the Friends Committee for the National Association of Women Judges, 31st Annual Conference in Memphis, and she also served as Co-Chair of the Corporate Sponsorship Committee for the 2015 Annual Tribute Luncheon of the Women’s Foundation for a Greater Memphis. Ms. Littrell is a frequent speaker on topics related to litigation, negotiation, and communication skills.

Before joining FedEx, Ms. Littrell was in private practice providing a full range of legal services to employers, including advice and counsel, training, policy drafting, investigations, and representation in agency proceedings and litigation. Ms. Littrell received her undergraduate and law degrees from the University of Memphis.