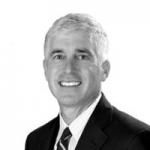 Alan Hall has, since 2013, a diverse practice of business and employment law along with a complementary litigation and mediation practice in middle Tennessee. While obtaining his degree from the Nashville School of Law he was a Vice President and Compliance Officer for a middle Tennessee community bank. Upon graduation and licensure in 1996 he joined the law firm of Miller and Martin. In 2003 he began a career in state government service where he served as Director of Investigation and became the first Inspector General for the Tn Dept. of Human Services. He spent a year as the Director of Performance Quality Improvement at the Tn. Dept. of Children’s Services before opening his own firm. He has been married to Vickie for 20 + years and has 2 children, Anna, a sophomore at the University of Mississippi & Charlie, a junior, who attends Centennial High School. He has been rated as a preeminent lawyer by his peers and has, for the last 4 years, received the Attorney for Justice award for the Administrative Office of the Courts. He attends Harpeth Hills Church an is an active Room at the Inn volunteer. He enjoys running, triathlon, backpacking and watching college sports.