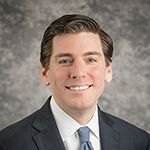 Ross Booher co-founded and is CEO of Latitude, a legal services company which serves law firms and law departments. He previously served as an equity partner of an NLJ 250 law firm. In his more than 15 years of experience as an attorney, Ross represented publicly-traded and large private corporate clients in complex litigation, investigations, compliance matters, and transactions, as well as start-up companies, individuals and non-profit organizations. He tried numerous bench and jury trials and served as lead counsel in criminal and internal investigations in Africa, Asia, and Europe. Ross’​s professional and civic roles have included serving as chairman of the Business Crimes and Compliance Practice Group of Lex Mundi, and as chairman of the board of KIPP Academy Nashville, a public charter school for at risk children. Ross was named in The Nashville Post 2016 In Charge List of the “best-of-the-best” business, political and civic leaders. He was also selected for the 2010 Nashville Business Journal’s “40 under 40” Business Leaders. Ross received the Tennessee Bar Association’s 2007-2008 Harris Gilbert Pro Bono Attorney of the Year award for the successful representation of a naval officer in a high-profile civil rights and whistleblower matter which resulted in investigations by the Inspectors General of both the U.S. Justice and Defense Departments, and investigations by U.S. Senator Charles Grassley of Iowa and the CBS News program “60 Minutes.” Before entering private practice, Ross served on active duty in the U.S. Navy as a Judge Advocate General’s Corps officer (JAG) throughout the Pacific, the Middle East and in Europe. Ross received his undergraduate degree from Vanderbilt University and graduated summa cum laude from the University of Tennessee College of Law.