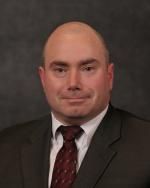 Donald J. Farinato is an attorney with Hodges, Doughty & Carson, PLLC in Knoxville, Tennessee.  His practice focuses on estate planning, estate administration, conservatorships, estate controversies, and wealth transfer tax return preparation and audits.  Donald earned a B.S., Cum Laude, from the University of Massachusetts at Amherst, and a J.D. and a M.B.A. from the University of Tennessee at Knoxville.  Donald was awarded the Pro Bono Advocacy Award by Legal Aid of East Tennessee in 2011.  He also received the Pro Bono Project Recognition Award in 2008, 2010, 2011, 2012 and 2013.  Additionally, Donald was recognized as Attorney for Justice by the Tennessee Supreme Court in 2014.  Since 2009, Donald has been listed in various categories as a Top Attorney in CityView, including Wills/Probate, Estate Planning/Trusts, and Income Tax/IRS Resolutions.  Donald serves on the Executive Council of the TBA Estate Planning and Probate Section, and was Chair of the Section in 2012-2013 and in 2013-2014. Donald has written articles for the Tennessee Bar Association on trust and estate matters, and he is also a contributing author to the Legal Handbook for Tennessee Seniors.  Donald frequently speaks on various estate planning, estate administration and related topics.