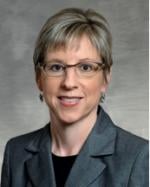 Welch taught public school for 12 years before attending law school.  After graduation, she clerked for the Honorable Walter Kurtz in the Fifth Circuit Court for Davidson County.  She is a member of the Nashville and Tennessee Bar Associations.  She served as Assistant Treasurer (2011) and Treasurer (2012) of the Nashville Bar Association and currently serves as a Board Member.  She is a Fellow of the Nashville Bar Foundation, and a 2007 graduate of the Tennessee Bar Association's Leadership Law program.  She is active in the Lawyers' Association for Women, Marion Griffin Chapter, where she has served as President (2008-2009); Treasurer (2006 - 2008); Archivist (2005-2006), Website Chair (2003-2004), and Breakfast Committee Co-Chair (2010-2014).  She is also a member of the Harry Phillips American Inn of Court, has served on the Executive Committee and the Programs Committee since 2007, and was elected Treasurer in 2014.