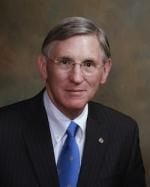 William C. Koch, Jr. is currently the Dean of the Nashville School of Law. Before his appointment, Dean Koch served as a Justice of the Tennessee Supreme Court and as a Judge of the Tennessee Court of Appeals. During his 30-year judicial career, Dean Koch was recognized as Tennessee’s Appellate Judge of the Year by the American Board of Trial Advocates and was also listed as one of the 500 Leading Judges in America. Prior to his appointment to the appellate bench, Dean Koch
served as Counsel to Tennessee Governor Lamar Alexander, Commissioner of Personnel, and Deputy Attorney General of the State of Tennessee. Dean Koch received his undergraduate degree from Trinity College in Hartford, Connecticut. He earned his J.D. degree from Vanderbilt University School of Law and his LL.M. in Judicial Process from the University of Virginia School of Law. Dean Koch has taught Constitutional Law at the Nashville School of Law since 1997. He has also received appointments as an adjunct professor at Vanderbilt University School of Law and Belmont University College of Law. Dean Koch is currently the Vice President of the American Inns of Court. He is also the president of the Harry Phillips American Inns of Court. He is also the chair of the Tennessee Supreme Court’s Indigent Representation Task Force and a member of the Trial Court Vacancy Commission.