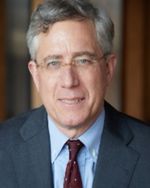 Shawn Sentilles is of counsel to the firm Walk Cook Lakey PLC. He is an accomplished intellectual property attorney with over two decades of experience in all areas, including litigation, patent and trademark prosecution, trade secret protection, clearance, licensing, and transactional due diligence.

From 2004-2014, Mr. Sentilles served as the managing patent attorney for Wright Medical Technology, Inc., a multi-national medical device manufacturer. He helped Wright develop a large patent portfolio, which contributed to the divestiture of Wright’s hip and knee business to MicroPort Orthopedics in 2014. He also helped Wright successfully comply with a Deferred Prosecution Agreement. During Wright’s Deferred Prosecution Agreement, he gained experience with health care compliance and played a leading role in working with outside monitors appointed by the Department of Justice.

Mr. Sentilles began his career as a law clerk for the Louisiana Fourth Circuit Court of Appeals. During his clerkship, he headed the Court’s civil summary docket and wrote over one hundred opinions for the Court, acquiring a solid foundation in legal writing. Since leaving the Court in 1995, he has put his writing skills to use in areas such as litigation, appellate advocacy, patent and trademark prosecution, intellectual property opinions, licensing and policy drafting.

Mr. Sentilles and his wife Katie have three children. In his spare time, Shawn enjoys fishing with his son, playing tennis, running, watching sports and reading.