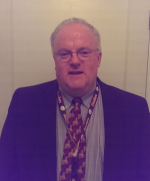 Olen Winningham is the Legal Director for Child Support Services, 20th Judicial District, Nashville, TN, a position he has held since August 2012, and has worked as a child support attorney in the same office since October 2008.  Before coming to CSS he served for four years as an attorney with the Department of Children’s Services in their Davidson County office.  Prior to graduating from the Nashville School of Law in 2003 he worked for the Caring for Children Program under Metro Social Services and Metro Health Department as well as serving as a probation officer in the Family Services Division of Juvenile Court.  He began his career in family and children’s services as a foster care worker for the Department of Human Services in 1992.  He has made numerous presentations on child support issues for CLE training sessions as well as various community outreach events.  With over 25 years of experience as both a social worker and an attorney, Olen has a long background in providing services to children and parents, combining legal training with an appreciation of the day to day issues of employment and interpersonal dynamics which impact Tennessee’s families.

“What I enjoy most about my work in child support is the satisfaction of actually getting things done---drafting orders, approving pleadings and striving to help families not only resolve issues of financial support, but to hopefully make that support a gateway for parents to be fully involved in the lives of their children, even when they may not live under the same roof.”