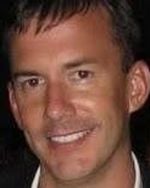 Tom Coupé works for the Juvenile Court of Memphis & Shelby County as Supervising Attorney of the Judge's Action Center and as the Court's Legislative Liaison to the Tennessee General Assembly.

Tom was involved in the creation and negotiation of the Department of Justice's Memorandum of Agreement with Juvenile Court and he formerly served as the Community Outreach point of contact created by the Agreement.

Before coming to Juvenile Court, Tom was a Court Improvement Attorney with the Tennessee Administrative Office of the Courts. Prior to that, he was Assistant General Counsel for the Tennessee Department of Children’s Services in Shelby, Rutherford, and Williamson Counties.

Tom is recognized by the National Association of Counsel for Children as a Child Welfare Law Specialist and was the first attorney in Shelby County certified by the Tennessee Commission on Continuing Education and Specialization as a Juvenile Law-Child Welfare Specialist.