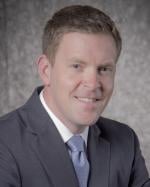 Matt has been recognized locally, statewide and nationally for his expertise in the area of Trust and Estate Litigation. With a background in elder law, family law and business litigation, Matt now devotes his practice almost exclusively to resolving family disputes in Will Contests, Estate Litigation, Conservatorships, Breaches of Fiduciary Duty and Trust Disputes.

A native Memphian, Matt received his undergraduate degree in Political Science from the University of Memphis in 2003 and his Juris Doctor from the University of Arkansas at Little Rock in 2006 where he was an Honor Council Justice, a member of Phi Alpha Delta and a recipient of the Bowen Academic Scholarship.

During his law school summers, Matt studied international and comparative law at University College Dublin School of Law, the University of Edinburgh Law School and the European Union Headquarters in Brussels, Belgium.

Matt began his legal career as General Counsel for HGH Imports, a small multi- national company based in Spring Hill, Tennessee. After leaving HGH, Matt pursued his passion for elder law and worked as a hearing officer and later Assistant General Counsel for the Tennessee Department of Human Services.

In 2009, Matt launched his solo practice, Law Office of Matt Potempa, PLLC. In addition to a general practice, he focused on litigation and resolving probate, matrimonial and business disputes.

In 2012, Matt was named by the Nashville Post as one of twenty "Law Leaders Rising" in the Nashville area. In 2013, he was awarded the Nashville Chamber of Commerce's Emerging Leader Award in the Legal Services category. Matt is a frequent lecturer for the Nashville, Tennessee and American Bar Associations as well as LexisNexis and the National Business Institute on topics related to Probate Administration and Litigation, Law Practice Management, Client Relations, Professional Ethics and Law Office Technology.

With an office located in the heart of Hillsboro Village near downtown Nashville, the firm focuses on providing Estate and Trust Planning, Family Wealth Preservation, Probate and Business Litigation and Conflict Resolution, Conservatorships and Guardianships as well as Family Law and Personal Injury.