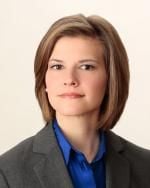 Stephanie D. Coleman is from Lenoir City, Tennessee, and graduated summa cum laude from Lee University in Cleveland, TN, with a B.A. in 2005. She earned her law degree from the University of Tennessee, College of Law in 2008. Stephanie serves as general counsel to businesses throughout East Tennessee. As a routine resource for the companies with which she works, she assists with formations, reviews contracts, assists in collections and advises on employment law issues related to ADA, FLSA, FMLA, and unemployment claims. Stephanie also represents local government entities extensively. She has advised at board meetings, acquired easements, defended class action litigation, reviewed contracts, revised policies and procedures and represented creditors in bankruptcy proceedings. Stephanie is a member of the Tennessee Court Attorney’s Association and has served as the Membership Co-Chair and Historian for the East Tennessee Lawyers Association for Women, and as Justice, Treasurer and Clerk of the Phi Alpha Delta law fraternity. The Legal Aid of East Tennessee Pro Bono Project awarded Stephanie an Individual Award for her service in both 2010 and 2011. Stephanie regularly presents Legislative Update CLE programs with her partner Senator Doug Overbey concerning developments in Tennessee law. Stephanie graduated from the Leadership Law Class of the Tennessee Bar Association in 2014, and she serves on the Knoxville Symphony League Board of Directors.