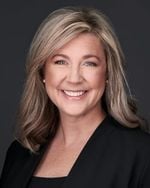 Lynne Tyler Ingram is Judge of the Eighth Circuit Court for the 20th Judicial District serving Davidson County, Tennessee. She was elected to the bench in 2022.

Judge Ingram is a 2000 graduate of the University of South Carolina, where she earned her Bachelor of Arts in English and was Captain of her nationally ranked mock trial team. In 2003, Judge Ingram earned her law degree from Western Michigan Cooley Law School, where she was recognized as an Outstanding Senior Litigator.

Judge Ingram comes from a family of public servants and has dedicated over 14 years of her career to public service and a non-profit organization. She began her law career as a county prosecutor in Phoenix, Arizona, and spent almost a decade as a federal prosecutor in the Middle District of Tennessee. She has also practiced as a commercial litigator in private practice and as the Lead Family Law Attorney at Legal Aid Society of Middle Tennessee and the Cumberlands. Judge Ingram is an Adjunct Professor at Vanderbilt Law School.

Before being elected to the bench, Judge Ingram was recognized as a Nashville Business Journal Woman of Influence in 2021. She received the Federal Bureau of Investigation Director’s Recognition of Outstanding Prosecutive Skills in Human Trafficking in 2018. Judge Ingram received the Larry Dean Wilks Leadership Award from the Tennessee Bar Association Leadership Law Class of 2014. She is a Fellow of the Nashville Bar Foundation and has mentored for the Nashville Bar Foundation Leadership Forum since 2017.