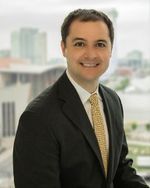 Ryan focuses his practice on all types of business litigation, including breach of contract, investor disputes, antitrust, real estate, partnership and governance, false advertising, financial services, and business torts. His practice also includes representing creditors in bankruptcy, trust and estate litigation, and all types of appellate litigation. He has experience at the trial and appellate level in both state and federal court as well as mediations and arbitrations. Ryan has represented clients in a variety of industries, including manufacturers, commercial developers and landlords, insurance carriers, hospitals and physicians, charter schools, product distributors and salespeople, financial-services companies and brokerages, a private-equity company, technology and food-and-beverage start-ups, and an international commodities trader. He has represented publicly traded companies, privately held businesses, and individuals. Ryan was named a "Mid-South Rising Star" by Super Lawyers in 2013 and 2014. Ryan was his law school valedictorian. He received first honors in six courses, including contracts, constitutional law, securities regulation, and corporations. He was Editor in Chief of the Vanderbilt Law Review. Before joining the firm, Ryan was a law clerk to the Hon. Gilbert S. Merritt, U.S. Court of Appeals for the Sixth Circuit. While in law school, he interned for the Hon. George C. Paine of the U.S. Bankruptcy Court for the Middle District of Tennessee. Raised in Nashville, Ryan is the Board Chair and Founding Board Member of Intrepid College Preparatory Charter School. He is on Montgomery Bell Academy’s Young Alumni Board. He was a member of the 2013 class of Nashville Emerging Leaders. After college, Ryan taught sixth-grade math in an inner-city public school in New York City through Teach For America.