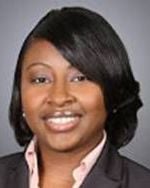 While attending law school, she continued her work in the court system working as a Family Dependency Court Case Manager in the 9th Judicial Circuit Court- Family Division in Kalamazoo, Michigan.  She later became a Legal Intern with the Tennessee Department of Children’s Services-Office of General Counsel. After graduating from Cooley School of Law, she worked as an Appeals Hearing Officer with the Tennessee Department of Labor and Workforce Development and an Adjunct Professor of Criminal Justice and Paralegal Studies.

Jennifer went on to become the Managing Attorney at Cane Law Firm before starting her own solo practice in September 2012.  During this time, she practiced primarily at the Davidson County Juvenile Court where she served as a court-appointed attorney and a guardian ad litem for neglected or abused children. She also served as Special Magistrate occasionally. She is a member of the Tennessee Bar Association, the Nashville Bar Association, and the Napier-Looby Bar Association.  She now presides over all truancy, educational neglect, and school-related cases in the Juvenile Court. In her spare time she enjoys reading and playing basketball with her son.