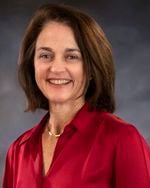 Maria Gillen joined TVA’s Office of General Counsel in 2005 when she moved to Tennessee from New York City.  She started at TVA in the litigation department where she worked on a variety of litigation in state and federal courts in the areas of environment, contract, property, and constitutional law. Most notably, she litigated the North Carolina v. TVA air pollution case, and worked with the U.S. Solicitor’s office on the Supreme Court case of American Electric Power v. Connecticut, which determined that plaintiffs could not sue for greenhouse gas emission pollution under federal common law, but must pursue an action under the Clean Air Act. Maria transitioned to advisory work in 2016 in OGC’s Environmental Law group where she advised clients on environmental compliance, specifically water law and the National Environmental Policy Act. In 2018, she returned to the litigation group as the Senior Manager of Litigation.  Before coming to TVA, Maria was a law clerk on the Second Circuit Court of Appeals, on the U.S. District Court in New Jersey, and an associate at Cahill, Gordon & Reindel, LLP in New York City.  She received her J.D. from NYU, and is admitted to practice in Tennessee, New York, and New Jersey.  Before becoming an attorney, Maria had a twelve year career as a producer of film, television, and theatre in New York City.