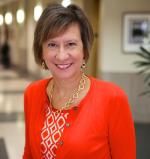 Professor Valorie K. Vojdik joined the University of Tennessee College of Law faculty in 2011 as Professor of Law and served as Director of Clinical Programs from 2011-2015. She currently teaches civil procedure, civil rights, gender and the law, children and the law, and she has also taught in the Advocacy and Appellate Clinics. Professor Vojdik came to Tennessee from West Virginia University College of Law, where she also taught as a Professor of Law and served as Associate Dean for Faculty Developoment and Deputy Director of its Clinical Program. She began teaching in 1994 at New York University School of Law in its Lawyering Program, and then taught at Western New England College School of Law. She has taught as a visiting professor at the University of Richmond and guest lectured as a research scholar at the University of Cape Town. Professor Vojdik’s teaching and research focuses on gender and the law, civil and human rights, and social institutions. Her recent scholarship addresses masculinities theory, international women’s rights, and sexual violence against men and women in war. She has worked twice as a consultant to the European Union’s Seyada Project to empower the Palestinian judicial system and has taught for the Open Society Foundation in its Network Scholarship Program since 2007. Prior to joining the legal academy, Professor Vojdik worked as a litigation associate at Shearman & Sterling in New York City, where she also served as associate co-ordinator of its pro bono program. She served as lead counsel to Shannon Faulkner and other women who successfully challenged the males-only admission policy of the Citadel in South Carolina in federal court. She has litigated numerous cases involving sex discrimination and civil rights, in both state and federal court.