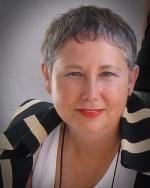 She spent seven years in Europe as a senior executive for the PBS “American Playhouse” series, where she was involved in the financing and marketing of more than two dozen movies, including I Shot Andy Warhol, Angels & Insects, Amateur, Safe, and Julie Taymor’s first film, Fool’s Fire.  She spent three years managing film investment for Hollywood Partners, a private German media fund, serving as executive producer for the Oscar-nominated Quills, Undisputed, and Adrienne Shelly’s first movie I’ll Take You There, among others. Under her own banner, she produced John Hanson’s Wildrose and Jill Godmilow’s Waiting for the Moon (Sundance Grand Prize winner); line produced Glen Pitre’s Belizaire the Cajun; and co-produced Ann Hu’s Shadow Magic, shot in Beijing. She also raised finishing funds for Barbara Kopple’s Woodstock film, My Generation. The first two movies she associate-produced – Alambrista and Northern Lights – won the Camera d’Or award at the Cannes Film Festival, and she handled the international sales. Most recently, she co-produced Exposed by Beth B, which premiered at the 2013 Berlin Film Festival, played in US theaters during 2014, and was released on home media platforms by Zeitgeist.

In 2003, Schulberg became interested in the use of film as an instrument of public diplomacy, and led the effort to preserve and revive the films of the Marshall Plan.  Her 40-film retrospective, Selling Democracy: Films of the Marshall Plan, 1948-1953, was featured at the 2004 Berlin Film Festival and New York Film Festival, and traveled to a dozen North American cities.  On behalf of the U.S. Department of State, she presented Marshall Plan film programs in various European countries during 2007, 2008, and 2009. She is at work on a multi-disc DVD collection, which includes interviews with Marshall Plan filmmakers and scholars.

In 2009, in collaboration with American, German, & Dutch archives and in a creative partnership with Josh Waletzky, she completed the restoration of her father’s film, Nuremberg: Its Lesson for Today [The Schulberg/Waletzky Restoration], the official U.S. government documentary about the first Nuremberg trial. The 2-disc digital edition, released by New Day Films in 2014, includes her 130-page booklet, Filmmakers for the Prosecution.  She is at work on a longer book, The Celluloid Noose.

She holds a B.A. from Swarthmore College (in Anthropology & Linguistics), and has done post-graduate study towards a Master’s degree in Public Diplomacy at USC’s Annenberg School on Communications. She is an Adjunct Assistant Professor at Columbia University's Graduate School of the Arts, where she teaches Feature Film Financing and International Co-Production. Born in Paris, she is fluent in French, Spanish and German.