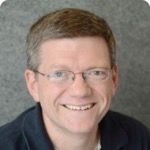 Colin has worked in the dispute resolution field for more than two decades as a mediator, trainer, and consultant. From 2003 to 2011 he served as the first Director of Online Dispute Resolution for eBay and PayPal. Before eBay, Colin co-founded and ran Online Resolution, one of the first online dispute resolution (ODR) providers. Colin has worked at Mediate.com, the National Institute for Dispute Resolution (now ACR) in Washington, D.C., and the Consensus Building Institute in Cambridge, MA. He is currently Co-Chair of the Advisory Board of the National Center for Technology and Dispute Resolution at UMass-Amherst and a Non-Resident Fellow at the Center for Internet and Society at Stanford Law School. Colin is the author of Online Dispute Resolution for Business, published by Jossey-Bass in September 2002. He has contributed more than 50 articles to prestigious ADR publications such as Consensus, The Fourth R, ACResolution Magazine, and Peace Review. He currently blogs at Novojustice.com, and serves on the boards of RESOLVE and the Peninsula Conflict Resolution Center. He holds a Master’s degree from Harvard University’s Kennedy School of Government in conflict resolution and technology, a graduate certificate in dispute resolution from UMass-Boston, a B.A. in Peace Studies from Haverford College, and he served as a Peace Corps volunteer in Eritrea from 1995-1997.