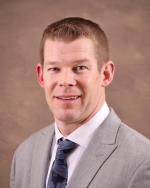 Scott joined Merrill Lynch in 2014 after serving nine years as an officer in the United States Marine Corps. After his time in the Marine Corps, he worked for three years in the private sector serving as a sales and consulting manager. Scott graduated from the United States Naval Academy with a Bachelor's degree in Science and earned an MBA and Master's degree in Biotechnology from the University of Maryland University College.