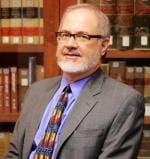 Professor Gary Pulsinelli joined the faculty at the University of Tennessee College of Law in August 2001 after clerking for Judge S. Jay Plager on the U.S. Court of Appeals for the Federal Circuit.

Professor Pulsinelli earned his J.D. degree at Boalt Hall School of Law at the University of California-Berkeley in 1997, where he was elected to the Order of the Coif. Prior to attending law school, he earned his Ph.D. in molecular biology from the University of Wisconsin-Madison in 1994, then continued his doctoral research as a post-doctoral fellow in the Department of Oncology.

His legal experience includes working as an associate in the Palo Alto , Calif., firm of Pennie & Edmonds in the area of biotechnology patent prosecution and related legal research. He also worked as a research associate in the Department of Biology at Harvard University and at I.G.B. Products, Ltd.