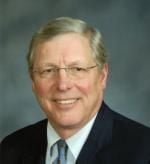 Bob Tuke is a partner in the law firm of Trauger & Tuke in Nashville, Tennessee. He earned a B.A., with distinction from the University of Virginia in 1969 and a J.D. from Vanderbilt University in 1976, where he was Order of the Coif, Editor-in-Chief of the Vanderbilt Law Review, and a Patrick Wilson Merit Scholar. He was admitted to the Tennessee Bar in 1976 and before the United States Supreme Court in 1986. He also is a Fellow and Past President and Trustee of the American Academy of Adoption Attorneys, and currently serves on the Tennessee Court Improvement Project.