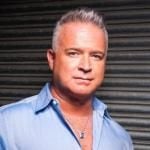 Allen McKendree Palmer is the President and CEO of Palmer Global Ink an international network of Writers, Artists, Studio’s and Publishers dedicated to bridging the gap between the Historic Nashville Music Scene and world markets. Nashville is no longer just a Twang town and PGI is on the forefront of writing the next chapter of our storied tradition. Our intentional teaming of Iconic veterans who have paved the way with the next generation of Icon’s to be, has established PGI as a bold and innovative leader. Palmer Global Ink, Nashville Based-Globally Positioned.

As a writer, Allen has collaborated with American Music Legends and writers with hits on Grammy, CMA, ACM nominated and winning projects. Allen hit the top of radio charts in South Africa in 2016/2017 and in April picked up Country Album of the Year at the Ghoema AFM Awards for a project in English and Afrikaans. With a catalog in excess of two thousand songs, Allen is a true manic writing addict.

Allen has now joined LITTLEBIG of London as General Manager in Nashville and heads our publishing division working with Artists, Writers and Producers on both sides of the Pond.