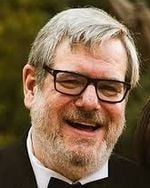 Judge Pazar has spoken at CLE presentations of the Federal Bar Association, Tennessee Bar Association, and the Memphis Bar Association.  He has also written articles for various publications on Immigration Law and Procedure, and served as a judge on a number of Moot Court competitions.

Judge Pazar is married to Dr. Janice Pond Pazar, who serves as a psychologist at the West Clinic.  They have two children, Sarah and Elizabeth.  He is active in his church and his hobbies include genealogy, photography, traveling around Europe looking for the graves of ancestors, and reading murder mysteries.