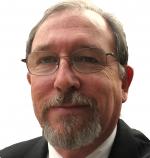 Eugene R. McCullough is a graduate from University of Tennessee with a BS in Business Administration in 1973 and Memphis State School of Law with a Juris Doctorate in 1977. Before becoming a title insurance underwriter in 1984, he was engaged in private law practice with the firm of McCullough and Reed and handled an active real estate closing practice in addition to the general practice of law.
Gene served as the Regional President of the Southern Region - Agency Operations, with Fidelity National Title Insurance Company of New York from 1998 until August 2002.
Additionally, from 1986 through 2002, he also served as President, General Counsel and/or Chief Operating Officer of Title Services, Inc., an underwriter owned full service title and closing company located in Knoxville, Tennessee.
In September 2002, he accepted an offer to become Senior Vice President, Regional Executive for Southern Title Insurance Corporation and served in that capacity until April 1, 2008 when he assumed the position of President of Southern Title Insurance Corporation. In that capacity he managed title insurance operations in 15 different states through as many as 7 regional locations employing a staff of as many as 170.
In January of 2012 he became a Partner in Title Experts and Management Services, a consultant and expert witness service company providing litigation and management consulting services to attorneys and title insurance industry professionals nationwide. Since early 2012 with Title Experts, the following is a partial list of current and completed engagements:
*
He has provided consulting advice to attorneys and parties in pending litigation matters involving real estate and title insurance transactions in Tennessee, Georgia, North Carolina, South Carolina, Nevada, Washington DC, California and Alabama. Sample areas of advice cover standards of care of parties providing professional services, breaches of fiduciary duty, interpretation of ALTA policy and CPL coverages and exclusions, analysis of complex chains of title, and general title industry closing practices. *
He was retained by the Tennessee Land Title Association to develop a Title Specialist and Pre-licensing Certification program which included writing the course manuals and development of the tests for these programs. In furtherance of this engagement, he has
o published "Principles of Title Insurance - Tennessee, 2014", a 650+ page title insurance underwriting support manual published by the Tennessee Land Title Association. This publication will be used as a general title agency resource guide and the text for the Post-licensing Specialist' Designation programs for Title Agents in Tennessee.
o finalized a Pre-licensing Education Manual which was released in late 2014
o testified in front of the Tennessee Legislature in support of increasing the Pre-licensing Education Requirements and successfully assisted in the passage of an amendment to TCA 56-6-109
o begun development of a series of web based training videos designed to provide pre-licensing education credits, Specialist Designation credits and CLE/CE credits to the general title insurance industry
* Retained as the Information Technology Navigator by the Title Guaranty Division of the Iowa Finance Authority to assist in development of enhancements to their existing title insurance internal and external support software which is scheduled to be released in the Fall of 2014.
* Tennessee Editor of the ALTA Title Insurance Regulatory Survey for the state of Tennessee in 2013 and 2014 - ALTA's annual publication of the Title Insurance Regulatory Survey (TIRS) is the most comprehensive collection of regulatory information and practices of the title industry available - it provides details on state laws relating to the licensing and operating requirements of title insurers, title agents, abstracters, and escrow and closing agents.
* In March of 2015, accepted a position as Director of Title Industry Services with Pershing Yoakley and Associates, a nationally recognized premier provider of Best Practices Assessment Services to title insurance agents all across the United States.
He served as the President of Tennessee Land Title Association for the 2007-2008 term and has served several terms as a Director of the Tennessee Land Title Association in the past. He has served as the Chairman of the Legislative Committee for the 2004-2006 sessions in which several key pieces of legislation were passed, including a Tennessee "Good Funds" Bill. In 2007-2008, and again from 2012-2014, he has served as the Chairman of the Pre-licensing Education Committee designed to upgrade the competence of all future title insurance agent applicants.
He is an active member of the American and Tennessee Bar Associations. He served as Chairman of the 2003-2004 Tennessee Bar Association Real Estate Section of that organization and served on the TBA Real Estate Executive Council and worked closely with the legislative initiatives of that group. Additionally he remains active in the American Land Title Association where he has twice held the position of Chairman of the Title Insurance Executives Council.
During the past 26 years he has given presentations on a variety of title related topics including "Overview of the Real Estate Settlement Protection Act", "Claims Awareness", "NAIC's Model Title Agents Act", "Errors and Omissions Coverage", "Controlled Business Legislation", "Bankruptcy Issues Related to Title Practice", "Fraud, Forgery and the Integrity of Your Escrow Account", "Ethical Issues for Title Agents", "RPC 5.7 and 2.2 - How the New Rules Affect Real Estate Practice in Tennessee", "Gramm-Leach-Bliley Overview", "Basics of Title Insurance", "Check 21 and Regulation CC", "Impact of the Consumer Financial Protection Bureau on Title Practice", "Management Advice - Designing an EFFECTIVE Incentive Plan for your Sales Force", "Effect of Probate and Estate Issues on Real Property Transfers in 2012", "Putting your Best Foot Forward - Implementing ALTA Best Practices", "Overview of Laws Requiring Best Practices", "Overview of the 7 Pillars - Best Practices", "Assessment Phase and Certification - Best Practices". These presentations were made to various State Land Title Associations, Bar Associations and Title Agent Seminars throughout South Carolina, North Carolina, Georgia, Florida, Tennessee, Arkansas, Iowa, Colorado, Virginia, Maryland, Texas, West Virginia and Alabama. Additionally, He has been a speaker on a variety of technology related issues at the 1997 and 1998 "Title Tech" Technology national conventions in Las Vegas.
"