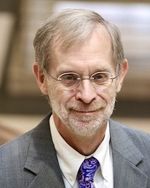 Professor Don Leatherman has had the privilege of teaching at the University of Tennessee College of Law since 1994 and teaches primarily courses in the federal income tax. He writes and speaks frequently on issues related to federal income tax, particularly those involving corporations and consolidated groups.

Leatherman is a past chair of the Affiliated and Related Corporations Committee of the Tax Section of the American Bar Association and is a member of the Academic Advisory Board for the Theodore Tannewald Foundation for Excellence in Legal Scholarship.

Before he worked at the University of Tennessee, he was a branch chief in corporate tax division of Chief Counsel at the Internal Revenue Service in Washington, D.C., an associate at Arnold & Porter in Washington, D.C., and an associate at Skarlatos & Zonarich in Harrisburg, Penn. He also taught as an adjunct in the LL.M tax program at the Georgetown University Law Center for seven years.