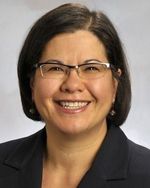 Professor Michelle Kwon joined the UT faculty in 2011 after three years at Texas Tech University School of Law. Before entering academia, she was an associate, and eventually a partner, in the Dallas, Texas office of Thompson & Knight LLP, where she concentrated her practice in corporate tax planning.

She was also a senior attorney in the IRS’s Office of Chief Counsel for two years where she represented the IRS in U.S. Tax Court with specific emphasis on cases involving foreign currency option tax shelters and cases of individuals and small businesses. Professor Kwon is admitted to practice in Texas and before the U.S. Tax Court.

Kwon speaks and writes about the ability of the IRS to effectively administer the tax system and enforce the tax laws as well as tax ethics issues. Her scholarship has been published in the Virginia Tax Review, Tax Analysts’ Tax Notes, the Cardozo Public Law, Policy & Ethics Journal, and the Tax Lawyer.

Kwon was honored to receive the Texas Tech University 2009-10 Hemphill-Wells New Professor Excellence in Teaching Award, which is presented to only one recipient for the entire university. She was also named a Texas Rising Star in tax law by Texas Monthly for 2004-2007, a designation given to no more than 2.5% of Texas lawyers 40 years old or younger or in practice for less 10 years or less.