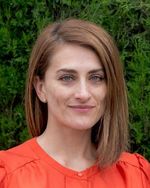 Mendez was awarded the 2015 American Immigration Lawyers Association’s Joseph Minsky Young Lawyer Award, recognized as one of the “Very Important Professionals Successful by 40” by Maryland’s Daily Record in 2014, chosen as one of 25 “Women to Watch in 2017” by The Baltimore Sun, awarded the 2018 Rising Star Award by the Maryland Francis King Carey Law School for her exemplary contributions of service and leadership, and chosen as a 2018 National Law Journal Immigration Trailblazer. The National Institute for Trial Advocacy has selected Mendez for its faculty and appointed her program director for its immigration public programs. Mendez received her law degree from the University of Maryland Francis King Carey School of Law and her bachelor’s degree from the University of Richmond. She also holds a certificate in nonprofit management from Georgetown University and a professional certificate in peace and conflict resolution through the Rotary Peace Center at Chulalongkorn University in Bangkok, Thailand. She is a native Spanish speaker, originally from Medellín, Colombia, and also speaks French.