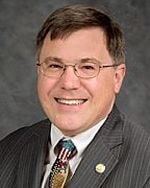 Dr. Vile is a graduate of the College of William and Mary who earned his Ph.D. in Government from the University of Virginia and attended seminars sponsored by the National Endowment for the Humanities at Princeton and the University of Iowa. He has served as Chair of the Department of Social Sciences at McNeese State University, as Chair of the Department of Political Science at MTSU, and (since 2008) as Dean of the University Honors College. Vile is a scholar of the U.S. constitutional amending process who has written and edited numerous books, essays, chapters, and reviews on this and related topics. He received the MTSU Foundation Distinguished Research Award in both 1993 and 1999 and the Career Achievement Award in 2011. The American Mock Trial Association awarded him the Congressman Neal Smith Award in 2000 for outstanding contributions to legal education and named him to the Coaches Hall of Fame in 2008. Dr. Vile is a member of Phi Beta Kappa, Omicron Delta Kappa, and Phi Kappa Phi.