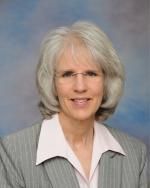 Jane B. Stranch was nominated by President Obama to the U.S. Court of Appeals for the Sixth Circuit in 2009 and confirmed in 2010. Stranch was a member and managing partner of the Nashville law firm of Branstetter, Stranch & Jennings, PLLC where she pursued a national practice in labor law and ERISA.  She was in the second class of women admitted to the University of Virginia, is a summa cum laude graduate of Vanderbilt University and received her J.D. from Vanderbilt School of Law in 1978, Order of the Coif. She is a member of the Nashville, Tennessee, and American Bar Associations, Federal Judges Association, National Association of Women Judges, Lawyers’ Association for Women and a Fellow of the Nashville and Tennessee Bar Foundations.