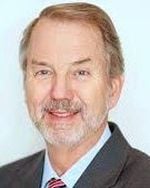 As a leader and co-founder of TeamHealth, Dr. Massingale extends his passion of transforming patient care to other clinicians and leaders throughout the company and industry. Since co-founding the predecessor of TeamHealth in 1979, he lead the company as the chairman and CEO until 2008, when he assumed his current role in which he focuses on TeamHealth’s commitments in:

dedication to exceptional patient care by top clinicians
strong ethical business practices
unwavering focus on innovative client service
Dr. Massingale is a member of the Knoxville Academy of Medicine, the Tennessee Medical Association, the American Medical Association, and the American College of Emergency Physicians (ACEP). He currently serves on the board of directors of Health Insights. Former leadership roles include chairman of the Emergency Department Practice Management Association, member of the Nashville Health Care Council Board of Directors, medical director of Emergency Medicine Services for the State of Tennessee, chairman of Emergency Medical Services Committee for the Knoxville Academy of Medicine, and chairman of the ECC-CPR Committee for the East Tennessee Chapter of the American Heart Association. TeamHealth’s success is deeply rooted in Dr. Massingale’s commitments. TeamHealth was recently recognized by Forbes magazine in 2014 as one of “America’s 100 Most Trustworthy Companies,” by Fortune Magazine in 2015, 2016 and 2017 as one of “The World’s Most Admired Companies,” and in 2015, 2016, 2017 and 2018 by Becker’s Hospital Review as one of the “150 Great Places to Work in Healthcare.” Dr. Massingale frequently speaks at industry conferences and has been recognized as one of Modern Healthcare’s “Top 100 Most Influential People in Healthcare” and one of ACEP’s “Heroes of Emergency Medicine.” In June 2014, Dr. Massingale was honored as a recipient of the “EY Entrepreneur of the Year” award in the “services” category for the Southeast Region, which includes Alabama, Georgia, North Carolina, South Carolina, and Tennessee. This prestigious award honors entrepreneurs who demonstrate excellence and extraordinary success in innovation, financial performance, and personal commitment to their businesses and communities. Most recently, Dr. Massingale was inducted into the Tennessee Health Care Hall of Fame in 2018. The mission of the Tennessee Health Care Hall of Fame is to honor men and women who have made a significant and lasting contribution to the industry. The Hall was created by Belmont University and The McWhorter Society and is supported by the Nashville Health Care Council. Dr. Massingale earned his medical degree at the University of Tennessee Health Science Center in Memphis and performed his internship at the University of Tennessee Medical Center in Knoxville. He has been certified by the Tennessee Board of Medical Examiners, the National Board of Medical Examiners, and the American Board of Emergency Medicine.