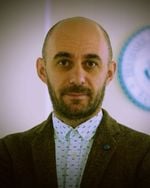 Engin Ayvaz has worked at higher education institutions as an ESL/EFL instructor, leader and consultant and served on professional organizations for more than 20 years. He is the founding director of the Intensive English Center at Tennessee State University and led the establishment, development and accreditation of the Intensive English Program, making TSU the first HBCU with an accredited ESL program by CEA (Commission on English Language Program Accreditation). During this period, the IEC provided language training to hundreds of students from more than 30 countries, developed matriculation tracks for international students to graduate and undergraduate programs at TSU and received several grants from the U.S. Department of State to deliver customized teacher training programs internationally. Prior to this position, Engin served as the director of School of Foreign Languages at Yasar University in Izmir-Turkey for 12 years and successfully led the IEP to receive its CEA accreditation in 2011 and reaccreditation in 2016. In 2013-14, Engin was a Hubert H. Humphrey Fellow at Boston University and a visiting Fulbright fellow at the English Language Studies Department at M.I.T. Engin served as a CEA commissioner for the 2014-16 term and was the 2017 chair of the CEA Commission. Currently, he is a director-at-large on the Executive Board of EnglishUSA (the American Association of Intensive English Programs), where he also serves as the chair of Professional Development Activities Committee and the editor of the EnglishUSA Journal. On its 50th Anniversary, TESOL (Teachers of English to Speakers of Other Languages) International Association, world’s largest membership organization for ESL/EFL teachers, recognized Engin as one of the 30 emerging leaders who will shape the future of both the association and the profession for years to come.