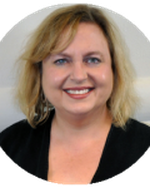 As Juvenile Court Administrator, Kathy helps ensure that Juvenile Court procedures are aligned with evidence-based best practices. In addition to overseeing the programs of Juvenile Court, Kathy serves as Juvenile Court’s public information officer. She also collaborates with Metro and community agencies to promote policy reforms to decrease delinquency and increase public safety. A primary area of focus is enhancing educational and behavioral supports in the schools for children and youth who have experienced trauma and Adverse Childhood Experiences.

Kathy was a member of the Tennessee General Assembly’s Blue Ribbon Task Force on Juvenile Justice in 2017. She currently serves as the Co-Chairperson of the Alignment Nashville Action Team on Student Discipline; Co-Chairperson of the Early Intervention Work Group of the Davidson County Community Mental Health Systems Initiative; and Chairperson of the Court Improvement Committee of the Tennessee Joint Task Force on Children’s Justice and Child Sexual Abuse. Kathy is a 2019 recipient of the Founder’s Award from End Slavery Tennessee for her work in bringing attention to the problem of human trafficking in Tennessee.