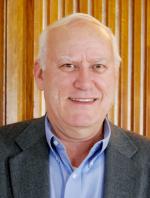 Jim Retired from the daily active practice of law in the firm effective December 31, 2016. He remains an active member of the Tennessee Bar Association and in community organizations. James P. Romer, Jim, holds degrees from St. Bernard's College, Rochester, N.Y. (B.A. 1966); Catholic University of America, Washington, D.C. (M.A. Theology, 1972); and University of Tennessee (J.D. 1978). He joined the firm of Neal and Craven in Jamestown in 1978 after graduation from law school. The firm, now Romer and Lane, PLLC with Melanie Stepp Lane and Charleton Guffey, Attorneys is engaged in General Practice. Without claiming any particular areas of specialization,the members practice in the areas of real estate, simple estate planning, probate, family, domestic relations, contract, tort, corporate law, criminal law and civil rights. On any given day a client may present a new issue to investigate, and they may choose to take it on.

In addition to Tennessee, he is admitted to the Middle District Tennessee Federal Court and the U.S. Supreme Court and has an AV rating with Martindale Hubbell. He served in the House of Delegates of the Tennessee Bar Association 2005 - 2017. Currently he is a member of the Executive Committee of the General Solo and Small Firm Practitioners Section. Before beginning law school he was employed as an outreach social worker in Morgan, Scott and Roane Counties by the Tennessee Department of Mental Health and Mental Retardation.

In the past He helped in starting an ecumenical ministry in Morgan and Scott Counties, served on the Proposal Review Committee for the Catholic Campaign for Human Development, the Ecumenical Council of the Diocese of Knoxville, Board of Directors of Hilltoppers, Inc. in Crossville, was President of the Fentress County Chamber of Commerce Board, Chairman of the Jamestown Regional Medical Center Advisory Board, and served on the Chaplain's Advisory Committee at Signature Health Care in Jamestown . He took public positions against forming a Charter Government and in support of the Supreme Court Justices in 2014.

More recently locally in Fentress County he helped organize Handfuls of the Harvest Mission, is a member and past president of the Rotary Club, serves on the advisory board of the Fentress County Senior Citizens Center, and is an active lay leader in St. Christopher Catholic Church. Firm members took a significant part in the dedication of the Fentress County Justice Center in 2015 and are active members and supporters of charitable and public service organizations. Without fanfare, they share responsibility with other local bar members in providing legal help to people who are in need and have limited resources. Married to Denise Craven, they have two children, Michael, an electrical engineer, Carrie, a research biologist, and granddaughter Amelia.