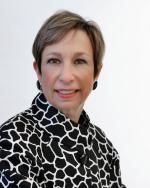 Janice M. Holder served as the first female chief justice of the Tennessee Supreme Court and retired from the bench in September 2014. Prior to her appointment to the state’s highest court, she served as a circuit court judge in Memphis, Tennessee. She led the Court through its innovative Access to Justice initiative and has presented Tennessee’s model to national and state conferences. In connection with her work in the access to justice arena, Memphis Area Legal Services awarded her the W. J. Michael Cody Pro Bono Attorney of the Year Award, and the Tennessee Alliance for Legal Services announced the creation of its Janice M. Holder Award to be conferred annually upon an individual who has made significant contributions to expanding access to justice in Tennessee. The Tennessee Bar Association awarded her its Frank F. Drowota III Outstanding Judicial Service Award for her work with Tennessee’s Lawyers Assistance Program and Access to Justice Commission and its William M. Leech Jr. Public Service Award for her strong commitment to access to justice issues, civics education, and programs that help lawyers. She received the Jurist of the Year Award from the Southeastern Region of the American Board of Trial Advocates, and in 2015, the University of the South awarded her an honorary Doctor of Civil Laws. Justice Holder is a is a summa cum laude graduate of the University of Pittsburgh and a graduate of the Duquesne University School of Law where she was Recent Decisions Editor of the Duquesne Law Review. She served as a law clerk for Judge Herbert P. Sorg of the United States District Court for the Western District of Pennsylvania. In 2010, she was named a Legacy Laureate by the University of Pittsburgh and in 2012 received its 225th Anniversary Medallion. She received the 2015 University of Pittsburgh Kenneth P. Dietrich School of Arts and Sciences Distinguished Alumni Award. In 2015, the University of the South awarded her an honorary Doctor of Civil Laws. Justice Holder currently serves as a dispute resolution neutral. She is listed as a Supreme Court Rule 31 General Civil and Family Law Mediator and serves as a Member of the American Arbitration Association Panel. She has also been appointed as a special master in complex cases.