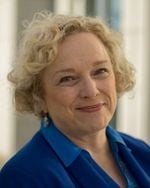 Pam Wright is a Certified Elder Law Attorney and owner of The Wright Law Firm PLLC in Jackson. She is a member and past chair of the Elder Law Section of the Tennessee Bar Association and a member of the National Academy of Elder Law Attorneys. She has been listed as a MidSouth Super Lawyersr in Elder Law and a Best Attorneyr in Tennessee. Pam received the prestigious Jane Kennedy Excellence in Aging award in 2011, presented by the Area Agencies on Aging & Disability in the southeastern United States. Her work has been recognized by the Tennessee Bar Association, which awarded her the TBA Public Service award in 1999. Pam received her B.A. from the University of Tennessee at Knoxville, and received her law degree from the Duke University School of Law.