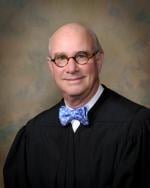 Appointed by Governor Bill Haslam to the Tennessee Court of Appeals for the term beginning September 1, 2014.

Appointed by Governor Don Sundquist in Sept., 2002 as Chancellor of the Shelby County Chancery Court.

Prior to Judicial appointment, in private practice of law 1974 - 2002, concentrating on civil litigation in state and federal courts.

Naifeh and Smith, The Best Lawyers In America, 1995- Judicial Appointment.

Recipient of 2004 Chancellor Charles A. Rond AJudge of the Year Award@- Presented by the Young Lawyers Division of the Memphis Bar Association.