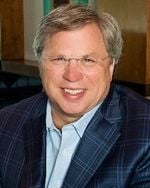 John Day practices injury law. He is a past president of the Tennessee Association for Justice, past Chair of the Tennessee Commission on Continuing Legal Education and Specialization and he currently serves on the Supreme Court's Rules Commission. He is a Fellow of the American College of Trial Lawyers, former Chair of the of the Tennessee Chapter, and is currently serving as Regent for Region 9 of the College. John has written four books: Day on Torts: Leading Cases on Tennessee Tort Law; Compendium of Tennessee Tort Reform Statutes and Related Case Law; Tennessee Law of Comparative Fault; Tennessee Law of Civil Trial. He also regularly writes articles for the TBA Journal, his two blogs and other publications. Since 2007, John has been listed in 5 categories of Best Lawyers in America and he was selected as Personal Injury Lawyer of the Year for Nashville in 2009, Medical Malpractice Lawyer of the Year for Nashville in 2010 and Lawyer of the Year for Bet the Company Litigation in 2012. He has been a Mid-South Super Lawyers Top 100 every year since 2006.