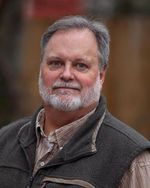 Specialty Certification: Civil Trial Advocate (1994), Civil Pretrial Practice Advocate (2012); National Board of Trial Advocacy; approved as a Rule 31 Listed General Civil Mediator in 2006 by the Tennessee Alternative Dispute Resolution Commission. Martindale-Hubbell AV Preeminent Peer Review Rating & recoignized annually since 2008 as a Super Lawyer in the Mid South and Corporate Counsel editions in civil litigation and insurance comerage. 10.0 AVVO rating. Admissions: Tennessee bar (1981), United States District Court, Middle District of TN (1982), United States District Court, Eastern District of TN (2005), United States Court of Appeals Sixth Circuit (1982), United States Supreme Court (2005), United States District Court, Western District of TN (2008). Education: University of Tennessee, Knoxville (B.A., 1978); Vanderbilt University School of Law (J.D., 1981) If I couldn't litigate, I don't know what I would (or could) do. A semi-serious goal is to try a jury trial in every Tennessee county before I die or retire. I've got about 80 or so of the 95 counties so far. Even if I could play a guitar like Eric Clapton (which I surely do not), I'd still show up for work each day. Other than guitar picking, my hobbies include farming, Titans football, light carpentry, and reading books by the score. My wife is dragging me into amateur astronomy, dubbed "astro-nerd" outings by our kids.