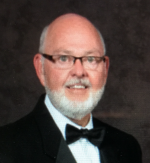 Michael E. Spitzer was born in Jackson, Madison County, Tennessee and remained a resident of Jackson until he began his college work in 1968.

Michael E. Spitzer has been practicing law in the State of Tennessee for approximately thirty-three (35) years having received his license in October of 1983.   Initially Mr. Spitzer began his practice as a partner in the firm of Keaton, Turner & Spitzer and then after the death and retirement of his partners in 2004 continued as The Spitzer Firm.  Presently he has taken on a partner, Jack B. D. Heath, and the firm is identified as Spitzer & Heath with offices at 19 Cedar Street, Hohenwald, Tn. 38462.

2.     University of Tennessee at Martin:   Master of Science in Educational Psychology (1973)

Upon graduation from University of Tennessee Martin, Mr. Spitzer began his professional career as a school teacher and subsequently became a Principal of a K-4 Elementary School and then served as a High School principal.

Upon graduation from Memphis State University, Mr. Spitzer began working in the General Counsel’s Office for United Inns of Memphis until he returned to Lewis County, Tennessee where he had taught school and had been school principal to begin his legal career with Keaton, Turner and Spitzer

Mr. Spitzer is married to Dana Spitzer, formerly of Bridge City, Texas and they live on a farm on the Buffalo River in Lewis County, Tennessee.  They have three children and 8 grandchildren, all of whom love the out of doors and peace that comes from the spring fed creeks and lake located on the Spitzer farm.

Fishing, reading, music and enjoying the out of doors are recognized hobbies for the whole family.

He has taught an adult Sunday School Class at First Methodist Church, Hohenwald, Tennessee for over 25 years.

Mr. Spitzer serves as City Attorney for Hohenwald and the Town of Lobelville in Perry County.  He is the attorney for the Lewis County School Board. He is primarily engaged in Insurance Defense representing Tennessee Farmers Mutual Insurance Company in numerous counties throughout southern Middle Tennessee and has an active real estate and estate practice.

He has held the Martindale Hubbell highest AV rating for many years.

Mr. Spitzer is proud to be an attorney and believes that Tennessee has the greatest attorneys and judges in the country.  He stated, “Being a member of the Judicial Nominating Commission and the Governor’s Judicial Selection Council has allowed me the opportunity of traveling  throughout the State of Tennessee to interview and examine applicants for judicial positions.  I continue to stand in awe of the commitment, character and zeal of the attorneys in our state.  We have people in this profession who reach out from their jobs to assist people in need, provide pro bono services and who truly care about their fellow man.  In terms of the judiciary, our judges are caring, compassionate, intellectual, and serve with a mission to greatness.  Certainly it is an honor to be an attorney in Tennessee.”