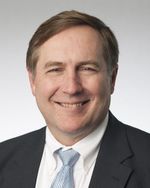 David Taylor chairs the Firm’s construction group in its Nashville office, and has for over 30 years been a commercial litigator, with an emphasis on construction and real estate dispute resolution. David has a national construction practice representing all participants in the construction industry, and is recognized as one of the leading construction lawyers in Tennessee and the southeast. He has tried cases and disputes for clients in more than 20 states all across the United States, and also advises clients on the “front end” of a commercial project on forms and types of contracts. He also has a national "neutrals" practice, and has been chosen more than 300 times by lawyers all over the country to help them either settle their clients’ disputes through mediation, or to render binding decisions as an Arbitrator. Serving as an Arbitrator, and also training other lawyers to be arbitrators (he is a national trainer for the American Arbitration Association) also allows David to better evaluate and advise his clients when disputes are to be arbitrated. David is also very committed to educating both the business and legal communities, and has been invited to and has lectured (locally and nationally) more than 100 times at construction, mediation/arbitration, landlord/tenant and commercial real estate seminars. Just in 2014, after a one week arbitration in Nashville, David obtained a $1.6M award for one of the firm’s national general contractors, and after a 2 week arbitration in Atlanta, he obtained a $1.3M award for one of the firm’s developer clients, which included a $750,000 attorneys fees/costs recovery for the client.

David has been very active over his career in both the pro bono, construction and ADR legal and business communities. While his construction and neutrals practice has consistently been recognized by his peers and business leaders, he has been on the forefront and a leader in the ADR community. He helped found (and served as Chair) not only the ADR and Construction law sections of the Tennessee Bar Association, but also the Tennessee Association of Construction Counsel (“TACC”), for which he recently served as Chair. He was appointed in the past to the Tennessee Supreme Court’s Lien Law Committee and the Tennessee Supreme Court ADR Commission, and also serves on many nonprofit boards He is also a long time member of the Nashville, Tennessee and American (Member, Arbitration and Construction Law Forum) Bar Associations, and until just recently, Chaired the Firm’s pro bono committee and served on the Firm’s Management Board (where he was also in charge of the Firm’s Charlotte office). David has served on many nonprofit Boards over the years, and presently is on the Second Harvest Food Bank’s Board.