In particular cases, the Court ruled that the Fourteenth Amendment compels States to issue marriage licenses to two people of the same sex and to recognize those marriages performed out-of-State; that Obamacare permitted tax relief for federal health care exchanges, not just state authorized ones (an adverse ruling would have been devastating to the program); that the Federal Housing Act encompasses disparate treatment claims; that since the death penalty is constitutional, the means to carry out the death sentence likewise is constitutional; that the EPA over-stepped its authority in regulating coal power plant emissions when it failed to consider the costs of its proposed regulation; that the Fourth Amendment does not permit a city to enact an ordinance requiring hotel owners to inspect their records on a mere request; that an excessive force claim under the federal civil rights act simply requires evidence that the state actor’s use of force was “objectively unreasonable;” that the Constitution’s takings clause included the government’s taking personal property; that limited Crawford v. Washington, 541 U.S. 363 (2004), and held that statements made to a teacher by a young child about abuse to a teacher did not implicate the Confrontation Clause; that a State’s specialty license plate designs were “government speech” and that a State could deny a license plate identified with the “Sons of the Confederates” even though it allowed other groups to have state issued license plates with their own seals; that courts must carefully distinguish threatening speech from trash talk lest to avoid First Amendment problems.

The CLE will also discuss the Court’s history, the nature of the Court, the Justices, and how the Court has unsettled the law in particular areas.

SAVE MONEY: Use the prepaid CLE credits that come with your TBA Complete Membership and save on this course. Not a TBA member, join now to start saving.

PARKING: You may park in the Commerce Street Garage (corner of 3rd Avenue/Commerce St.). We will be validating parking tickets, so please make sure to bring your ticket! 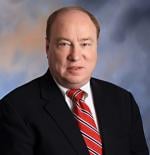