Tennessee's Role in Women's Suffrage and the 19th Amendment

In August 1920, the nation’s attention was on Tennessee. The 19th Amendment to the U.S. Constitution, granting women the right to vote, had passed at the federal level a year earlier, and was making its way through state legislatures for ratification. It needed 36 states to approve it. It was stalled at 35. Tennessee presented the best hope for ratification and it delivered. The final vote for ratification came on Aug. 18, 1920.

This year we celebrate the 100th anniversary of that ratification —  a historic moment that provides us a unique opportunity to celebrate a milestone in our democracy. The TBA is recognizing the anniversary with a presentation by award-winning journalist and writer Elaine Weiss, (https://elaineweiss.com/) whose most recent book, “The Woman's Hour: The Great Fight to Win the Vote,” chronicles the economic, racial and political opposition suffragists faced in the months leading up to the final victory in Tennessee.

Presented at TBA's Annual Convention, join Elaine Weiss as she takes you through the story of Tennessee and its monumental role in the ratification of the 19th amendment during the centennial anniversary. Honor the key players and celebrate this moment in history and its impact on the legal profession.

SAVE MONEY: Use the prepaid CLE credits that come with your TBA Complete Membership. Not a TBA member? Join now to start saving!

I am a Georgia lawyer who grew up in Nashville. I wrote my high school term paper on the Ratification of the 19th Amendment in Tennessee in 1971. I enjoyed this presentation and am so proud of this part of my native state's history.

Well done. I learned a lot and it had a great message.

I learned a lot and thought the speaker was excellent.

I particularly appreciated the insights on African American women's participation. Including the names of Tennessee women participants (White and Black) was useful and insightful.

Watched this on Utube and plan to recommend this to non-lawyers to watch to better understand the role Tennessee played to be the perfect 36!

Excellent. One of the best CLE's I have attended.

Excellent presentation of state and national suffrage history. The themes resonate strongly in the current political and societal context..

Wonderful insight into an incredibly important part of our history.

Wonderful and inspiring presentation! Can't wait to read her book!

Very good lecture - we have work to do! 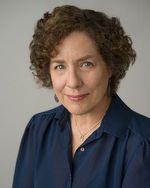 This program will be filed for Tennessee CLE credit. Please email a request to cle@tnbar.org for Georgia and Mississippi CLE credit.