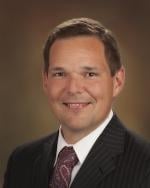 David is a member of the Franklin law firm of Schell and Oglesby, LLC, where he practices primarily criminal defense law. Prior to becoming an attorney, David was a sergeant with the Metropolitan Nashville Police Department and served as a Law Instructor at the Metro Nashville Police Academy. He currently serves as District 6 Governor on the TBA Board of Governors and serves as the Chair of the Membership Committee. He currently serves on the Executive Council of the TBA Criminal Justice Section. David was also elected to serve as Vice President and a Director on the Board of Directors of the 21st Judicial District Recovery Court (previously known as Drug Court). David also served as a Director on the Board of Directors of the Tennessee Association of Criminal Defense Lawyers, and is a past President of the Williamson County Bar Association. David previously served in several positions within the TBA Young Lawyers Division, including a term as President of the Young Lawyers Division in 2012-2013.
In January of 2019, David was appointed by the Tennessee Supreme Court to serve as a commissioner on the Tennessee CLE Commission.  In January of 2022, David was appointed to serve as Chair of the CLE Commission.