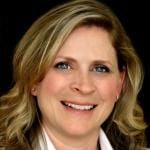 Ms. Collins is licensed in Tennessee and Florida. She is admitted to practice in the federal courts in the Middle, Eastern and Western District Courts of Tennessee; the Southern, Middle, and Northern District Courts of Florida; the Sixth Circuit Court of Appeals; and the United States Supreme Court. She is a member of the Florida Bar, the Tennessee Bar, the Tennessee Employment Lawyers Association (TENNELA), and the National Employment Lawyers Association (NELA). She has served on NELA's convention committee, TENNELA's board since 2008 and is currently serving as its past-President.