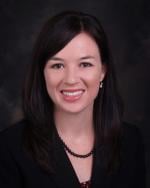 Tennessee Gov. Bill Haslam appointed Mary L. Wagner of Memphis as Circuit Court Judge, Division VII, for the 30th Judicial District on October 24, 2016. Prior to her appointment Wagner practiced with the Memphis law firm Rice, Amundsen & Caperton PLLC, where she has worked in general practice with an emphasis on family law and non-profit/business organization and defense. Other areas of her practice included personal injury and probate. While at the firm, she taught at the Cecil C. Humphreys School of Law at the University of Memphis from 2012-2014 as an adjunct professor, teaching second-year law students advanced skills in legal writing and oral advocacy and first-year students legal writing, research and analysis.
"With her extensive background in Shelby County, Mary Wagner is well prepared for a seat on the circuit court in the 30th Judicial District" Haslam said. "We are fortunate to have someone with her experience, and we are pleased to announce this appointment."
Before joining Rice, Amundsen & Caperton, Wagner was at the Leitner, Williams, Dooley and Napolitan firm. She was a law clerk from 2009-2010 for Judge Steven Stafford of the Tennessee Court of Appeals, law clerk for Judge Robert L. Childers in the Shelby County Circuit Court from 2008-2009 and worked as an extern in 2008 with the U.S. Attorney's office for the Western District of Tennessee. Wagner was a research assistant in 2007 for Prof. Andrew McClurg during law school.
She was appointed by Governor Haslam to serve as member of the Post Conviction Defender Oversight Commission from June 2015 to October 2016.
Wagner received her law degree from the University of Memphis in 2009 graduating magna cum laude, 4th in her class. While in law school, Wagner served as a Notes Editor for the University of Memphis Law Review.
She received a bachelor's degree in 2006 from the University of Colorado, majoring in political science.